The GAZ-69 was developed in the late 1940s as the Soviet Union’s homegrown military 4×4, essentially their answer to the American Jeep that had proven itself to be invaluable over the course of WWII.

The Soviet Union received over 40,000 Jeeps during the war as part of the Lend Lease agreement. The GAZ-69 was developed as a replacement for the GAZ-67 4×4, it was to be a longterm military 4×4 for the Soviets and the states of the Eastern Bloc.

The Ancestry Of The GAZ-69

The GAZ-69 would have a crucial role to fill in the armed forces of the Soviet Union, the Eastern Bloc states, and their allied countries. The Americans had their Jeeps, the Brits had their Land Rovers, and the Soviets had their GAZ-69s. 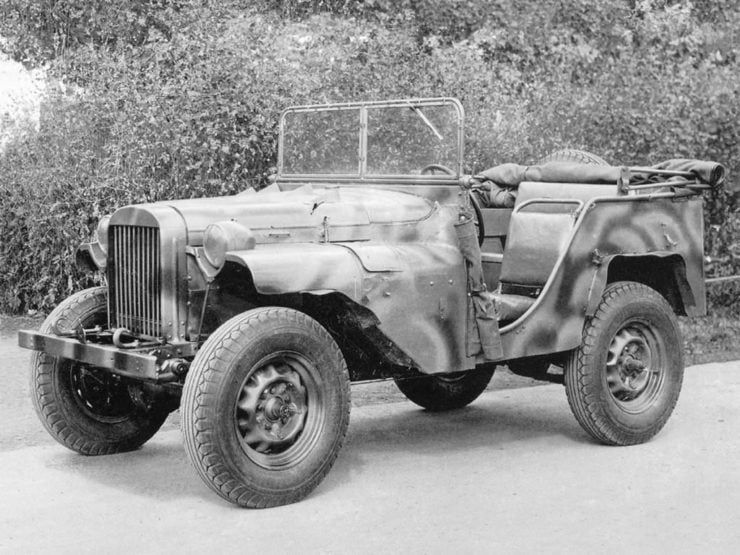 This is the GAZ-64, it was developed rapidly using many preexisting parts to be a local version of the American Jeep. Image courtesy of the Nevington War Museum.

Four-wheel drive military vehicles had been in development in Russia since at least the 1930s, albeit in very limited numbers. The GAZ-61 of 1938 was one of the key early examples, it was designed by V. A. Gratchev as essentially a GAZ-M1 automobile body on a four-wheel drive chassis. Fewer than 240 examples were manufactured.

The GAZ-61 was succeeded by the GAZ-64, based on the American Willys Jeep but made using many pre-existing locally produced components. The development process was said to have been just a few weeks, all led by Vitaliy Grachev.

In 1943, right in the midst of WWII, the GAZ-67 appeared. This was a larger, more powerful, and strengthened military four-wheel drive with a strong visual link to its immediate predecessor. Almost 100,000 of them were built between 1943 and 1953, when it was replaced by the considerably improved GAZ-69.

Lessons learned in the development and operation of the earlier Soviet four-wheel drives were all rolled into the GAZ-69. Whereas the earlier vehicles had been developed very quickly, sometimes in a matter of just weeks or months, the 69 was developed carefully and slowly over a period of years starting in 1946.

Above Video: This episode from Just Tim shows the GAZ-69 being driven, and discusses the unusual history of the model.

Prototypes of the GAZ-69 were sent to all corners of the Soviet Union through each of the four seasons. Some vehicles covered over 100,000 kilometers (62,000 miles) of testing. Once development was complete the team, headed by Grigoriy Vasserman, submitted it for production.

The 69 was given a more automobile-like front end than the 67, it used the same 55 hp 2.1 liter (130 cubic inch) inline four cylinder engine, three-speed transmission, and dual-range transfer case as its predecessor. As was standard in those days the 69 has body-on-chassis construction, with live axles on leaf springs front and back.

The time between development ending and production beginning would stretch into years, the factory was busy producing the M-20 passenger car and the GAZ-51 and GAZ-53 trucks which were seen as more important, so the GAZ-69 took a backseat. 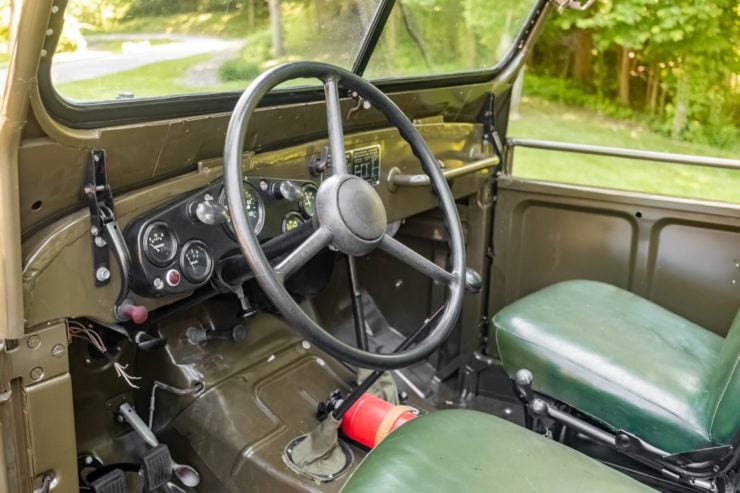 The GAZ-69 has a three-speed manual gearbox and a two-speed transfer case. The top speed is said to be 56 mph (90 km/h).

Despite its slow start the GAZ-69 would be produced in far higher numbers than any of its ancestors, over 600,000 were made in total.

The GAZ-69 you see here was built in 1964, the same year that the Ford Mustang was released in the United States and The Beatles released their chart-topping single A Hard Day’s Night.

It’s believed that this GAZ was originally used as a military radio vehicle, a critically important function. Much of its life is lost to history but we do know that it was restored/refurbished in 2010 in Michigan, and it now presents in good condition throughout.

If you’d like to read more about this unusual Soviet answer to the Jeep you can visit the listing here, it’s being sold out of Chesterland, Ohio. 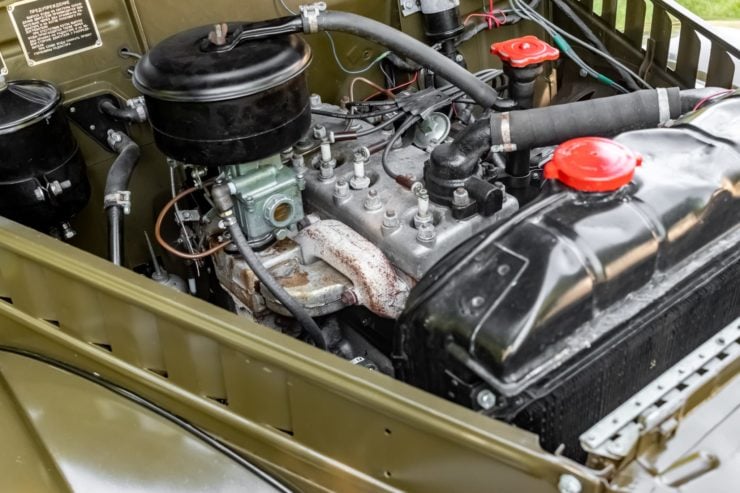 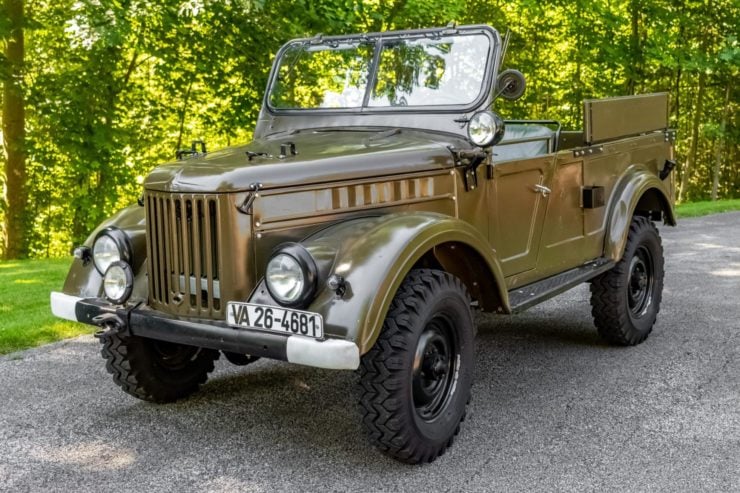 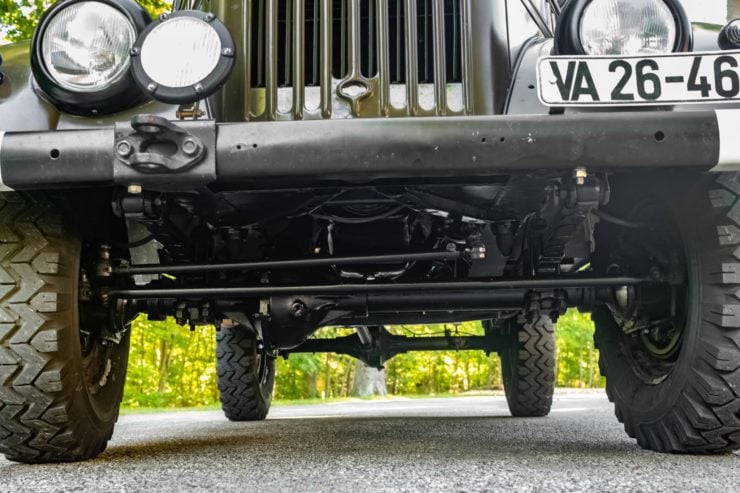 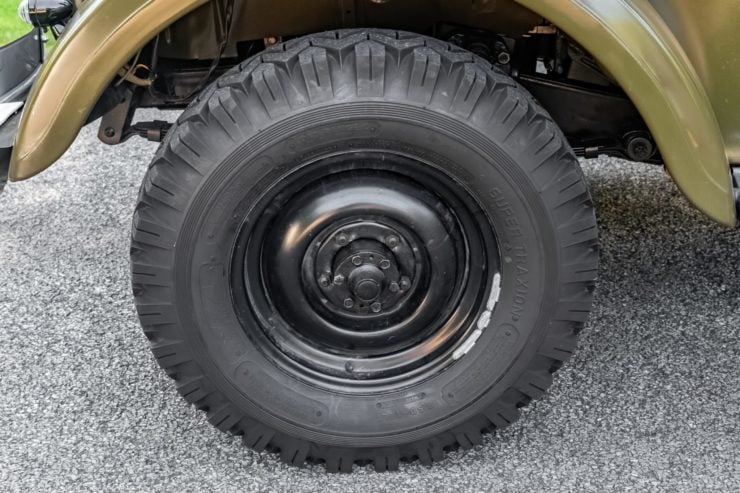 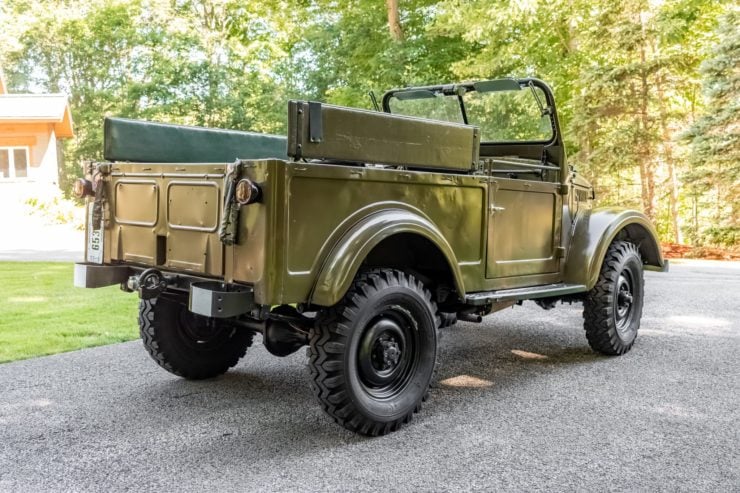 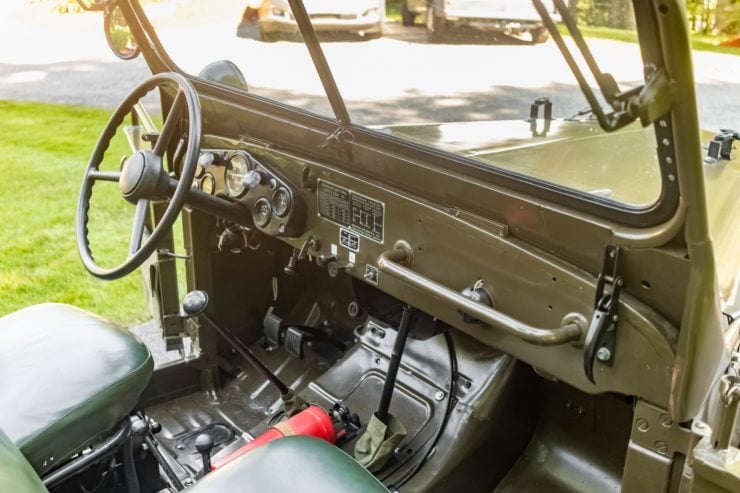 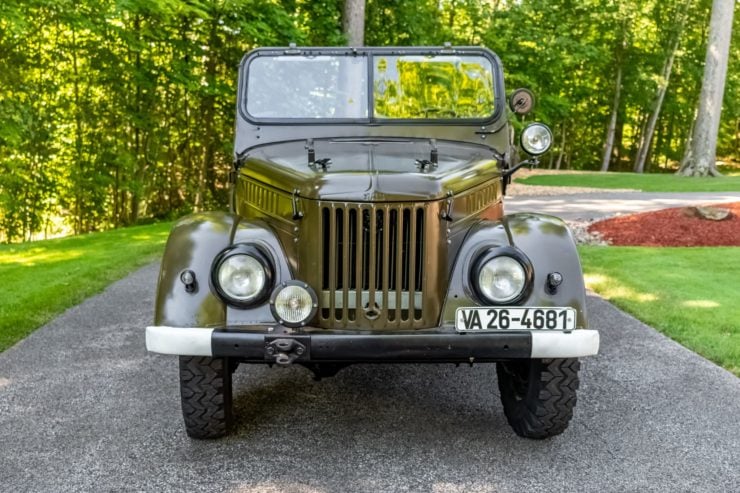 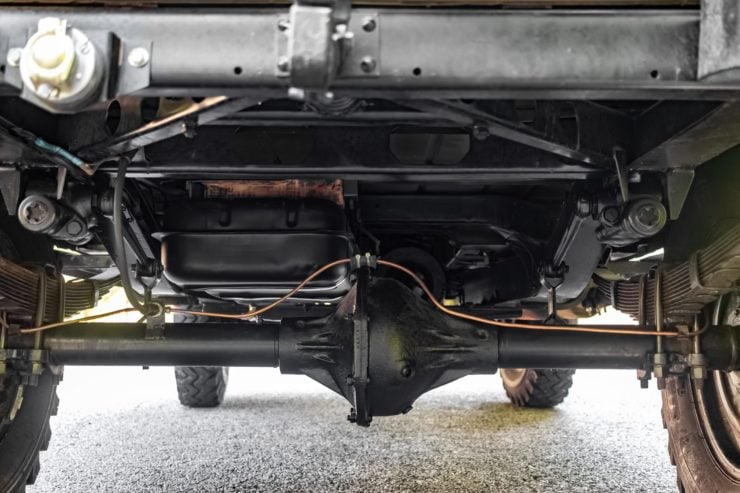 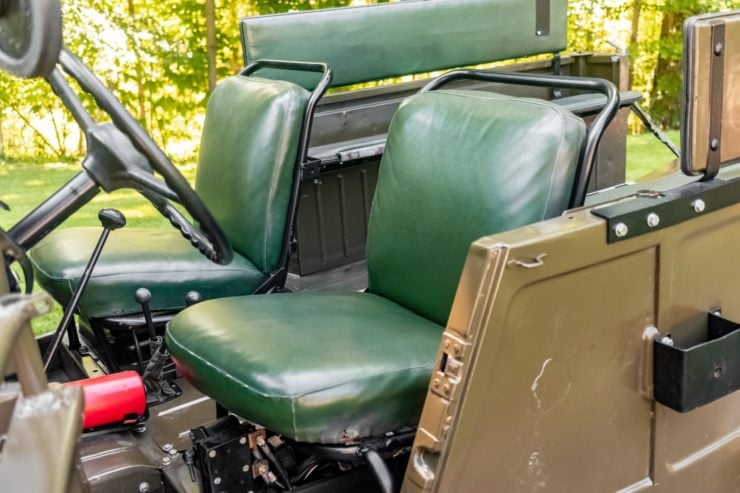 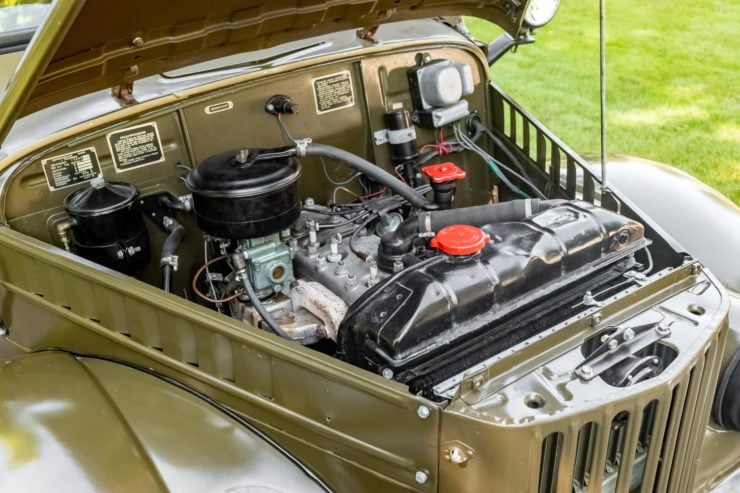 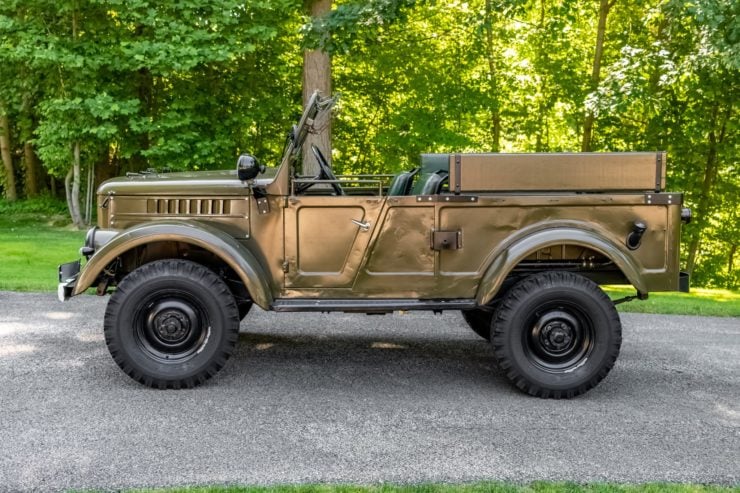 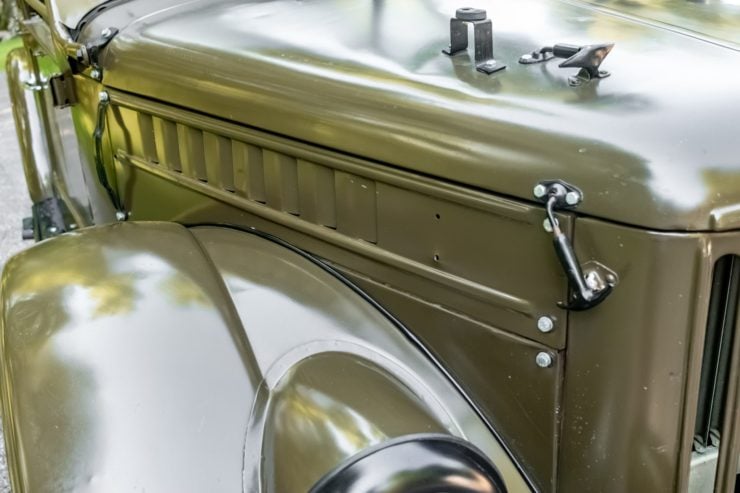 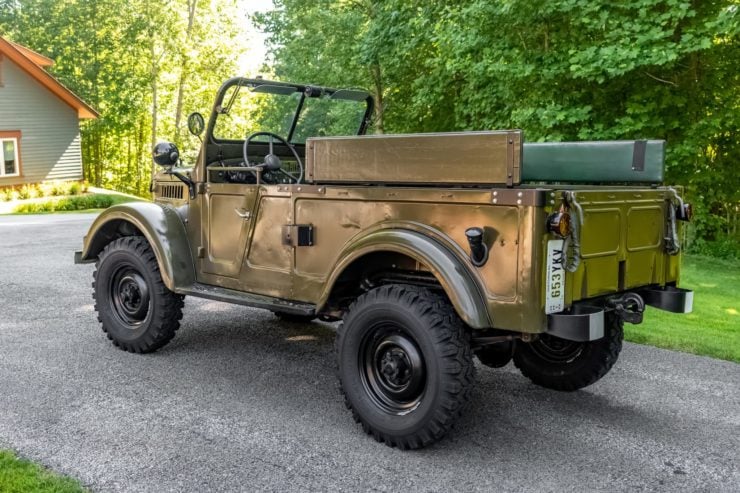 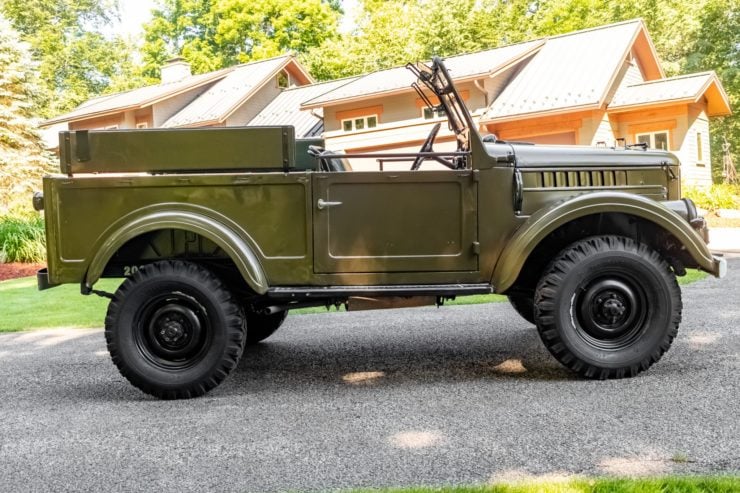 Images courtesy of Bring A Trailer

Silodrome was founded by Ben back in 2010, in the years since the site has grown to become a world leader in the alternative and vintage motoring sector, with millions of readers around the world and many hundreds of thousands of followers on social media.

Invest In The Car Bumper For Your Car Protection