The acute semiconductor scarcity has caused disruption across industries. One of the hardest hit among them is the auto industry. The ongoing auto chip crunch has forced leading global carmakers to cut production and shutter manufacturing plants.

The move triggered a selloff that saw many auto stocks suffer a double-digit drop over the past couple of weeks, as of August 19. However, Morningstar equity analyst David Whiston argues, on a year-to-date basis, automakers have held up reasonably well despite the bad news. He considers “any sell-offs because of the chip shortage to be a buying opportunity for long-term investors.”

The following legacy automakers are well equipped to withstand short-term headwinds from chip shortages. They are also well placed to benefit from the intensifying EV trend and the auto market rebound in 2022, which Whiston says “will be a strong year [when] the industry will return to [seasonally adjusted annualized selling rate of] over 17 million units.”

Toyota has been hobbled by the ongoing auto chip shortage stifling automobile production. “The duration of the [chip] shortage and COVID-19 shutdowns in Malaysian chip plants have finally proved too much for even Toyota,” says a Morningstar equity report, alluding to the firm’s recent decision to shutter several manufacturing plants worldwide, including 14 Japanese units.

However, given Toyota’s robust balance sheet, the current chip crunch will not cause any long-term damage to the company. “We consider any prolonged sell-off of Toyota’s stock to be a buying opportunity for patient investors,” asserts Morningstar sector strategist, David Whiston, who recently raised the stock’s fair value from US$169 to US$174, prompted by higher profit projections for 2022 and 2023.

The deeper the production cut in 2021, the stronger the volume recovery “for all automakers once the chip shortage ends in 2022 or perhaps 2023,” Whiston assures.

The company also has a sharp focus on the transformative trends in the auto industry. “Toyota is thinking about the future with its Monet autonomous vehicle services joint venture with SoftBank and its battery joint venture with Panasonic,” Whiston says.

The automaker’s stock sank recently on the news that it may need to cut production forced by the semiconductor shortage. Reportedly, the company may ramp up production in the second half of the year which could help make up for the production shortfall.

“Management forecasts 2021 group revenue and passenger vehicle revenue to be significantly higher than the prior year,” says a Morningstar equity report, but points out the company slightly lowered volume expectations from “significantly higher” to “noticeability above” last year due to the chip shortage.

Volkswagen has been aggressively pivoting to battery electric vehicles (BEV) from internal combustion powertrains. The company plans to have 27 BEV models by 2022 and expects BEVs to account for 20% of global sales by 2025. It also plans to launch its unified battery cell strategy in 2023 that targets an 80% sales volume penetration by 2030.

A broad array of brands across multiple segments limits the firm’s reliance on any one vehicle category. “As one of the world’s leading volume producers, Volkswagen’s economies of scale from common platforms across a number of models enable cost savings unattainable by smaller competitors,” notes Morningstar equity analyst Richard Hilgert, who forecasts 12% consolidated revenue and 8% volume growth for 2021 and places the fair value of the company’s American Depository Receipt (ADR) at US$40.

The company recently bounced back from the pandemic slowdown and reported solid first-quarter 2021 earnings. While automotive revenue jumped 91% to JPY 1.74 trillion, consolidated volume rose 59% to 695,000 vehicles. Automotive operating profit was JPY 6.0 billion versus an operating loss of JPY 199.1 billion a year ago.

However, a worldwide shortage of semiconductors has impacted Nissan, just like its automobile peers that rely on chips widely used in critical systems such as power steering and parking sensors.

“Nissan expects to lose 500,000 units in the first half [of 2021] due to the chip shortage but recoup 50% of lost units in the second half,” says a Morningstar equity report.

While Nissan operates in a capital-intensive industry and suffers from stiff competition, “the company’s gamble on an early move into mass-market electric vehicle technology could provide a temporary competitive advantage from having a greater amount of on-road experience,” notes Hilgert, who pegs the fair value of the company’s ADR at US$27 and forecasts a 27% revenue rebound in 2021. However, he cautions that the investment cost of EV technology is high, especially in lithium-ion battery manufacturing capacity.

Ford Motor (F) makes and sells cars under Ford and Lincoln brands. The company has about 14% market share in the U.S. and nearly 7% share in Europe. North Americas and European sales account for 69% and 19.5% of auto revenue, respectively.

The recent weakness in Ford’s stock was triggered by the company’s decision to temporarily halt production at the Kansas City plant, where it makes its popular F-150 truck, due to the scarcity of chip-related auto parts, per Reuters.

However, the American auto major is well-positioned to benefit from U.S. President Joe Biden’s plan that pushes for EVs to make up half of U.S. auto sales by 2030. “The target includes battery electric vehicles and plug-in hybrids,” says a Morningstar equity report, adding that “this mirrors our thesis that the U.S. will see 30% EV adoption and 50% hybrid adoption, by 2030.

Spurred by the global push for green mobility, Ford is investing more aggressively in BEVs, “which we think is the right move to remain competitive with firms such as Tesla and GM,” says Morningstar equity analyst Seth Goldstein, who recently raised the stock’s fair value from US$17 to US$20, incorporating higher revenue growth and improved 2021 profits. Notably, Ford is increasing its autonomous and electric vehicle spending to US$37 billion through 2025, which includes US$9 billion already spent for 2016-2020.

To view this article, become a Morningstar Basic member. 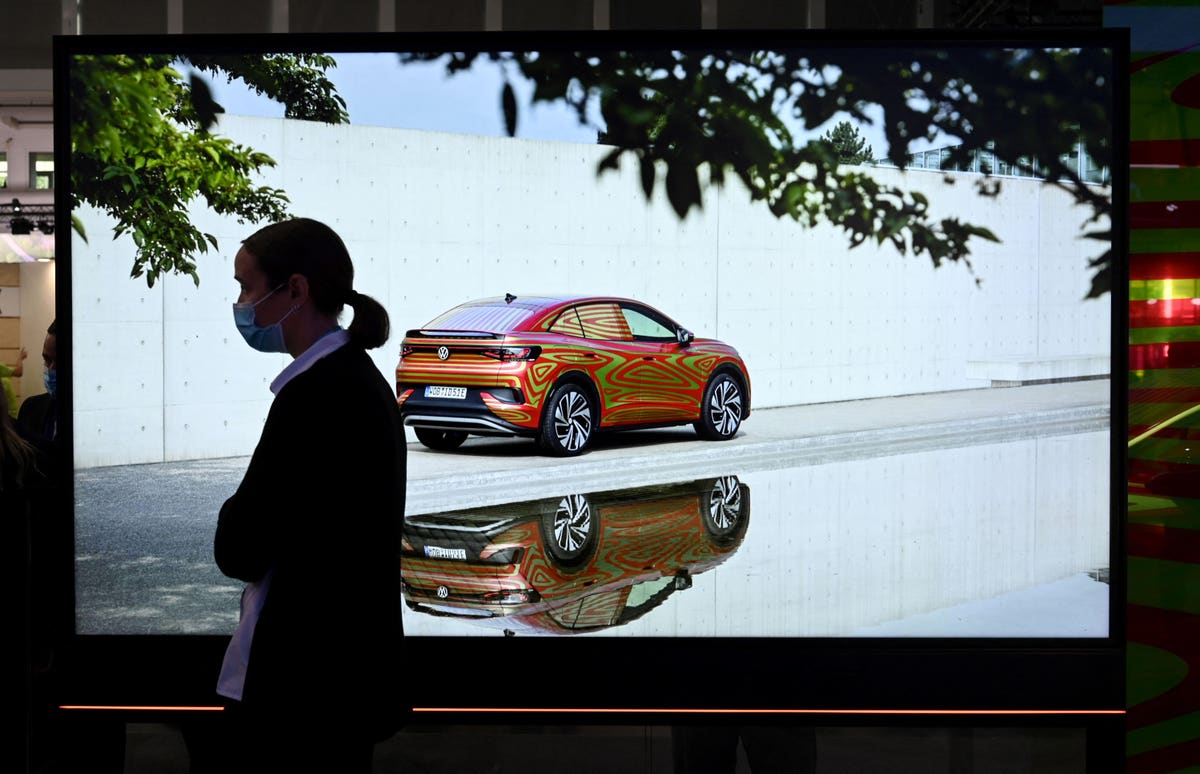